Whether it’s for business or pleasure, security is essential for Calgary. It keeps the wheels of business turning, makes the city secure for tourists, and keeps the citizens safe when they want to enjoy the local attractions. Here are the three most secure buildings in Calgary and why keeping the highest standards for security is so important!

Flames fans are some of the most devoted in sports, but in a venue full of passion, adrenaline, and beer, the security has to be pretty tight (especially when Connor McDavid is in town!). It’s why the Scotiabank Saddledome – which can fit more than 19,000 people for a sold-out hockey game – needs extra firm security.

Security is foremost necessary in any sports arena because the events make for a potential target for anyone wanting to commit a violent public act. A professional security detail with equipment like metal detectors can go a long way to protecting an arena from any untoward event.

Not only that, but the Saddledome (and, we assume, its soon-to-be replacement, the Calgary Event Centre) is a labyrinth of rooms, doors, hallways, and staircases. Security protection and patrols are essential to keep even innocent fans from entering locker rooms or accessing the stadium illegally through unprotected doors. If a visiting team has to worry about locker room security or their safety during the event, they may call off the game.

While it’s not a building per se, Stampede Park is easily one of the most secure locations in the city. The home of the greatest outdoor show on earth, Stampede Park welcomes more than a million people every year for Calgary’s world-famous rodeo. For the 10-day festivities, Stampede Park becomes a stand-alone police district, which makes sense – the exhibition grounds host enough people to become Alberta’s third-largest city!

During the Calgary Stampede, security uses a top-notch surveillance system made up of hundreds of cameras to make everyone enjoys the festival safely. Metal detectors and bag searches have become a routine for people entering the Stampede grounds, and main entrances to the park are blocked with large cement planters to prevent the possibility of a vehicular attack. 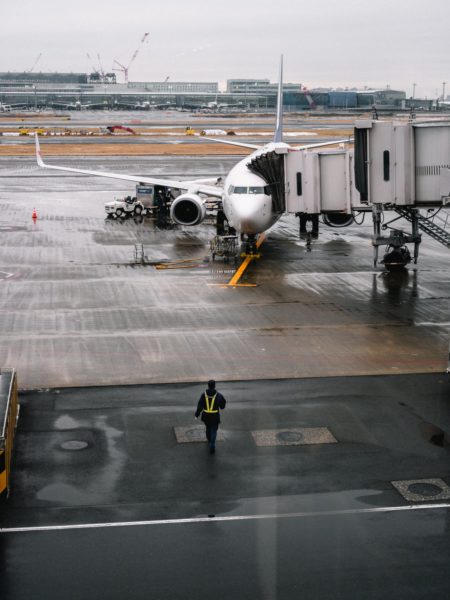 Calgary is a hub for economic movement and tourism in western Canada. So, like airports across the country, the Calgary International Airport has to be one of the most secure locations in the area. 18 million passengers came through the area in 2019 (obviously, it has decreased since), making it the fourth-busiest airport in Canada.

With so many people coming through to enjoy the city or catch a connecting flight to another part of Canada, there can’t be any weaknesses. While threats are rare, being mindful of the potential for dangerous situations, smuggling of illegal substances, or threats to aircraft reduces the likelihood of injury and loss of life.

In all three examples, security is essential for large crowds and a crush of visitors. The teams in charge of keeping everyone safe must be mindful of how they interact with crowds, stand out for people who need help, and take action to mitigate threats rather than make them worse.